I’ve been reading, lately, a treatise by a moral psychologist who claims pretty much everyone lies, cheats and steals. Apparently most all of us have such a deeply-held, innate self-interest that, given the opportunity, dishonesty is inevitable.

Excuses made to avoid an unwanted invitation are likely to be lies. We do this, I guess, because we all want to be well-thought of and it’s pretty clear unremitting truth will make anyone pretty unpopular. And when it comes to cheating, laws are set up such that everyone who drives a car will inevitably cheat in some way, at least in terms of speed limits. As far as theft goes, ‘borrowing’ items from one’s workplace, even if justified as improving one’s work efficiency is never the less stealing.

So, as I think about it I guess I have to admit I fit the profile. I can claim, I suppose, I do no grievous harm to any individual. I do have to admit, though, I’m a liar, cheat and thief. The worst of it is I still think I’m a pretty good person. 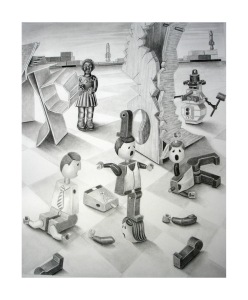