I got to talking to a presuppositional apologist the other day. He assured me everyone knows God exists whether they realize it or not, God being the source of all our knowledge.
I told him that I was presently seeking God and had a number of good candidates but wasn’t absolutely sure I had found the right one and was really questioning the idea of an entity with all the omni’s in tow.

He said that since I already knew that the one true God (specifically, the Christian God of the Bible) existed I was just obscuring that realization by pretending to seek; I was suppressing the knowledge of God; I was being unrighteous. He said God was behind my ability to reason and think logically, that there was only one true world view and that was the Christian one and said, once again, that I knew all of this was true.

Not being aware that I knew something of which I was unaware, I told him that now, since he’s explained to me that I do know these things that I didn’t know I knew that perhaps there were other things I knew that I didn’t know I knew. And, supposing these things to be outside of the empirical realm, maybe I knew when I felt particularly safe and secure that there were invisible protector beings keeping me safe or that my dreams weren’t just dreams but were a parallel reality visited in my sleep or, maybe, I didn’t know that I knew all along that I am God herself creator and maintainer of my world.

I think the presuppositional apologist thought I was truly an unrighteous individual suppressing the truth that he and I knew it to be and went away believing I was a lost soul. But, I must admit I kind of like the idea of maybe knowing things I don’t know. 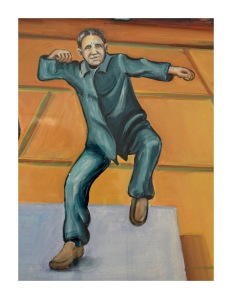