I’ve been reading that there was a point in time, mid-nineteenth century, when the best minds, those of a scientific bent anyway, took great credence in the likely existence of an extra-sensory realm. Psychologists used hypnotism to probe peoples’ minds in search of the extra-personal consciousness through which all individuals were connected. A number of important thinkers were contemplating such ideas: Arthur Schopenhauer thought that if indeed an after-life existed it would be as an impersonal consciousness and Karl Jung, a bit later, wrote of a ‘collective unconscious’. I guess most everyone was pretty interested in these ideas because it suggested immortality might be available. An Austrian physician named Franz Mesmer had everyone’s attention engaged as he was in psychic healing and related spiritual phenomena.

Modern science, full of questions though it is, has come to discount the ideas of an extra –sensory realm, despite the fact sub-atomic entities, which are of great concern to contemporary physicists, are beyond anyone’s ability to see, taste, hear or smell. In fact, it can’t even be determined whether these quantum entities are particles, waves or both: the idea of one thing being two would seem to have some sort of super-natural aspects.

Anyway, whether quantum theory leads us back to the extra-sensory conceptions of the 19th century or not we must be, I guess, content to continue to live with uncertainties. 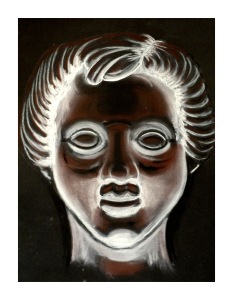