I’ve been thinking about what the concept of progress means these days. I’m pretty sure that, from a materialistic standpoint it has something to do with economic growth: increased consumption to drive increased production to hire more workers to then increase consumption; seems pretty circular and pretty unconcerned about depleting the earth’s finite resources.

My inclination is to see progress more in terms of a bigger picture that has to do with mutual respect for each other and our environment. I really thought we were moving in that direction but recent events have truly shaken that belief. I thought pluralism and tolerance for others was being widely embraced. Sure, there are pockets of reactionary dissidence, even dangerous terroristic hostility, but I really thought that most of us were on the same page, you know, as far as mutual respect for social and cultural differences.

It’s hard not to fall into pessimism, even though I know large numbers of people think as I do. I guess it may be time to take things more seriously, take to the streets, I suppose; shout from the roof tops. And in emulation of our new president I’ve decided not to pay my taxes this year. Who’s with me? 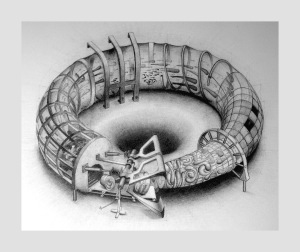