I’ve been reading that evolutionary progress will proceed through natural selection. Generational changes to an organism, occurring as the demands of existential pressures require, upgrade survival abilities; which suggests, I guess, that those beings that evolve with the fittest genetic make-up will be the ones that thrive and reproduce, passing on their fitness to their offspring. But I’m led to understand, the system isn’t fool proof; occasionally a glitch in the system will cause unfavorable genetic mutations to be passed on which results in less than desirable progeny.

One does have to wonder sometimes at the actions and decisions some people choose; maybe it’s the ‘choice gene’ that has mutated or perhaps it’s missing altogether in those folks who seem to proceed through life in a more or less spontaneous and thoughtless manner. These unfortunates may find themselves making bad life choices that result in a failure to mate and reproduce or prematurely exit existence, which I suppose, is how nature cleans up the gene pool. 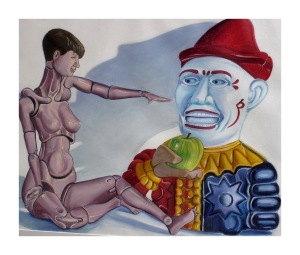