I’ve been having these flashes lately of another time and place. Small things: certain smells and sounds, plays of light, will bring to mind thoughts, sometimes remembrances of earlier experiences, sometimes images of times and places I’ve never been.

Most often these ‘flashes of memory’ elicit almost euphoric feelings in me-a sense of idyllic existence, that, when I think about it, are hard to explain. I say most often because sometimes there’s an ominous foreboding which accompanies these forays into the fanciful.

These experiences are like visions into another reality. They occur with varying degrees of strength and fade and disappear fairly quickly.

Now, I’m no scholar, mind you, but as far as I can tell Martin Heidegger speaks of ‘being’ as a field, an extension of the physical/mental self to include one’s sensible environs. Our extended being can accumulate a lot of the detritus of daily life.  The ever increasing weight of familiarity and of the efforts and energies required to simply exist can be overwhelming. So, by altering one’s being, that is physically relocating, one becomes new and fresh-at least momentarily.

But, rather than actually physically moving, my mental sojourns into past and fanciful places might serve to offer a similar sort of relief.

I’m glad I got this figured out. Now if only I can extend these fantasies and keep them mostly positive.  Maybe I’ll be content to stay put physically while I travel far and wide mentally. I think meditation may be helpful. 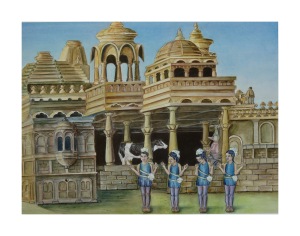